Our values are based around being pragmatic and getting things done.  It’s about:

A lot of this comes from our theme of Bringing traditional rural values to city business.  This is based on Frank’s upbringing and background.  It is how he thinks and works and he has based the business on these principles.

Frank was born and raised in the small farming town of Martinborough, New Zealand. Long before it became a wine mecca. He started his working life doing rural work, where hard work, long hours and tough conditions are the norm, but the people are real. Jobs included:

Note that the theme refers to traditional rural values – some of these are being lost to the rural community too.

We stand by these, that way you can always feel confident that you will get value for money when you work with us.

To bring these values to city business, our company values are:

Your word is your bond

If you say you are going to do it, that’s it.  You do it.  You don’t need contracts and lawyers.

In the country, the person you do the deal with today is the same person that you’ll be standing next to at the school sports or the supermarket tomorrow.

You have to live with the consequences, you can’t leave them at the office.

Frank was a shearer for five years, where you get paid per sheep. Every hour the sheep you shore were counted out, there was no hiding. The results go straight in the tally-book for everyone to see.

It’s not about how long you were at the office. It’s not even about how hard you worked (but it does play a big part in it). It’s about skill, discipline and effort combined.

Frank was a half owner in a farm for 8 years too. There are two aspects about cropping:

The cows have got to get milked.  Frank was brought up on a dairy farm.  Every day, twice a day the cows got milked.

It didn’t matter how you felt, or if someone in the family died.  You just have to milk the cows.  Excuses don’t wash.

There are some things that you have to do on a farm that are just too much for one person and so you have to work with your neighbours – and you have to learn to get on with them.

The strongest team that Frank has ever been involved with was the shearing gang that he worked in. To this day 30 years later they are some of the strongest friendships he has. Friendships built on hard work and team support.

One of Frank’s sports has been endurance horse riding.  He has won two New Zealand titles.  Part of winning in this sort of sport is discipline.  Training in the rain, training when you don’t feel like it.  Doing these things when no one is watching.

This flows through to success in projects, the discipline to stick to deadlines and honour commitments.  Getting it done. 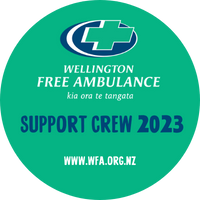 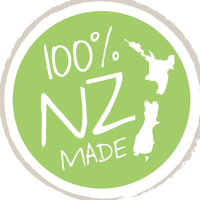